One of the things I love most about DealDash.com is the many ways we can earn free bids.

Staying active on DealDash rewards itself. If you keep the bidding streak going for consecutive days, you can get up to 30 bids back daily.

On day 1 you get a maximum of 4 free bids. On day 2 the total rises to 6 bids, day 3 you get 8 bids and so on… On the seventh day it’s already up to 30 free bids daily you get back. All we have to do is make sure we consistently place at least one bid daily to keep the maximum reward in place. Remember, if we miss one day, we must start all over from the beginning before we can get back up to 30 bids daily! The amount of bids you get back is at most how many bids you placed the previous day.

END_OF_DOCUMENT_TOKEN_TO_BE_REPLACED

Happy 4th of July, DealDash bidders! Today is a special day on DealDash, let’s take a look at what’s going on.

DealDash always makes a big deal out of the holidays, and I absolutely love that they are so festive! Independence Day is a big deal, and DealDash treats it like a proper holiday, as they should. That’s good news for us bidders, because when DealDash celebrates, the bidders are the winners! Take a look at these fun and festive things going on around DealDash today! 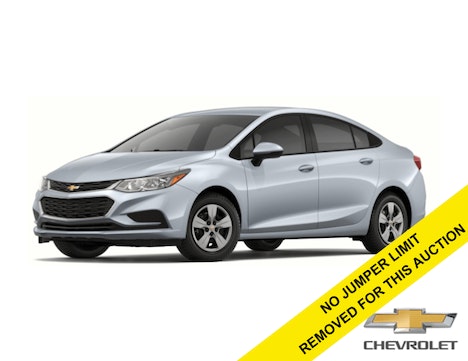 Today is the big day! The Chevrolet Cruze auction starts in an hour, at 5PM Eastern Time. Be sure that you are prepared and that you have your bids purchased and ready to go. Here is a link to see the auction right here.  This is going to be a long multi-day auction, and you’ll want to pay close attention while the bidding is going on. And the good news for you is that this is an auction that the “No Jumper Limit” has been removed, so you don’t have to get your bids in before the auction reaches $5. The other good news for you is that bids are on a SUPER SALE today.

The bids are at an all-time low price today – just .11 a bid! That’s actually an amazing price, you can get the largest bid pack, 5,000 bids, for just $550. That’s an amazing deal, and you rarely (if ever) see the bid prices this low. They must have been thinking about all of the bidders who plan on participating in the car auction today because this is a great time to stock up if you want to be in the running for the car.

Yes! It’s true! The auctions are half-off today! This is a really great deal, especially if you tend to bid on higher-priced items. When DealDash runs it’s half-off auction wins you can save a lot of money. This means that if you have won an auction that ended at $80 you will only have to pay $40. It’s quite a deal!

4x Time as the Highest Bidder

Finally, there is also a special TATHB running. You will get 4x the time on your bidding clock today. This means that your free bid meter will fill up four times as fast as on a regular day. It’s a perfect opportunity to bid on things that you would be purchasing anyway, such as gift cards.

Thanks for Reading the Blog

Check out the new items up for auction such as the car and the amazing sales and promotions on DealDash. Set your BidBuddy and watch the fun happen!

Thanks so much for reading this DealDash Tips article on the special 4th of July events on DealDash today. Don’t forget to check back every day for new articles here are well as on our sister blog, DealDash Reviews. Want to read about a particular item or certain category? Just comment down below on what you would like to read.

Visit DealDash and see the 4th of July sales and promotions. DealDash has some amazing things going on today. Visit DealDash now to see how much you can save. Have a good time on DealDash, and happy bidding everyone! This sponsored DealDash blog article was written by Dawn E, a mother of 3 who loves DealDash. Dawn was compensated for writing this article. This blog is written by real DealDash customers. The opinions and advice shared here represent our customers’ views and not those of the company. Read even more on DealDashReviewed.com, or on her own blog, DawnBlogtopus.

There have been many times on DealDash I have thought to myself “Why didn’t I think of that?” If you feel the same way, read on for more information.

Everyone tends to look at things from a different perspective, and things that are obvious to you might not be clear to me, and vice-versa. In this article, I will tell you about some of the things that I have learned from watching other DealDash bidders. Truly, I have learned quite a bit by just observing many auctions and tons of different bidding styles. Here are some tips I’ve learned from watching other bidders on DealDash.

You Don’t Need to be the First Bidder

Before I really got heavily into DealDash bidding I did quite a bit of research by reading different articles online. Many of these articles seemed to suggest that unless you join the auction in the very beginning then the other bidders would be upset if you joined in later. Now, this might be the case if you join in the last few bids before the auction reaches the $5 No Jumper limit. However, if you join at the $3 or $4 mark, for example, no one will most likely notice or care.

The $5 No Jumper limit was put in place to limit how many bidders can enter an auction at any one time, so the bidders have a better chance of winning. So technically, even if you join the auction at $4.99 then you are still within the rules. However, if there are only 2 or 3 people left in the auction at that point, they are definitely going to notice and not be very happy. This can make them fight even harder and longer for the auction because they feel that you are “late to the game”. In short, you can save bids by not joining an auction until closer to $5, but personally, I wouldn’t join too close to $5.

When I first started bidding on DealDash, I could never understand why people would stay in an auction when they clearly weren’t going to win. For example, you can see when everyone placed their first bid – so why would someone who placed their first bid at $.02 and have been continuously bidding still be trying to win a $10 gift card whose auction value is currently $7? They have obviously put in way more than $3 worth of bids, which would be their break-even point. The answer is Time As The Highest Bidder (TATHB).

TATHB is when you get time on your time clock for each of the 10 seconds or so that you are the highest bidder. Once you have filled up your time clock, then DealDash will give you free bids. Once this bidder realized that they had put in enough bids to break even on the gift card and decided to do a BIN (Buy It Now) to get all of their bids back, yet saw that there were still 20 people still in the auction, it just makes sense to keep bidding! They figure that they might as well rack up some time on their time clock as the highest bidder to get their free bids faster. If there are more than 5 people in an auction it’s very unlikely that the auction will end abruptly with everyone canceling their bids at the same time. However, it CAN happen, so do this at your own risk.

Thanks for Reading the Tips Blog

This sponsored DealDash blog post was written by Dawn E, a mother of 3 who loves DealDash. Dawn was compensated by DealDash for this blog post. Read even more at DealDashTips.com, DealDashReviewed.com, or on her own blog, DawnBlogtopus.